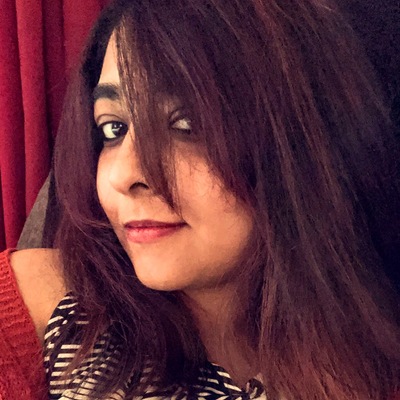 #introduction
Hello, I'm new to #ttrpg and starting off with D&D. I've done a couple of sessions but I'm already thinking this is something I'd do forever if I could. This is turning out to be one of those spaces where my stage fright doesn't consume me and my social anxiety is down to a minimum.

I'm a bi writer/editor living near Toronto. This isn't my main; only for ttrpg stuff. Say hi!

@neeti Hallo. You're in for a wild ride. Even if you never play another game/system there's so much D&D content out there you could keep going forever. I began in much the same way about 20 years ago, that excitement is SO GOOD!

@Sarklor Yeah, the potential does seem endless (and that's probably what gets me excited and hooked)!

@neeti The old trope "the only limit is your imagination" is well-suited for TTRPGs. It usually doesn't take very long after your first session before you want to try running or writing your own campaign. It'll probably be a chaotic mess, but learning how to write an RPG adventure was the most enjoyable learning experience I've ever had anyway.

@Sarklor Lol I'm almost there. An unrelated (fiction) story, that I've been in the process of writing for years, isn't working out too well in the novel format; and I've been thinking I'll convert it to a homebrew-type campaign. But yes, only after I get through a few as a player first...

@neeti @Sarklor The big thing to remember where gaming differs from fiction is that your characters have agency independent of you. (ACTUAL independence, not seeming.)

There's nothing quite as frustrating as playing in the proverbial "plot on rails" game where your actions as a character don't matter (or, worse, are gainsaid) because it interferes with the precious story of the GM. You need significant improv skills to pull off running a game.

Thankfully these can be learned.

It is something you could do forever, with the right alchemical processes and a little sacrifice. Just be careful where you acquire those sacrifices or there will be a troup of do-gooders ransacking your home.

@Capheind Haha, thanks for the heads up

I came to D&D in 1978 (in Vancouver while visiting a friend of the family) from a drama flake background instead of the then-more-usual wargame background. It took the industry a while to catch up to doing things more the drama flake way, but even back then I could see the potential this entertainment medium had that nothing else could compare to.

@zdl Interesting, what do you mean by drama flake background? Do you mean the roleplaying aspect?

For me, I think I love both the RP and also strategizing combat (although the character I'm doing currently isn't built for frontline combat). I deeply enjoy roleplaying the fights, just as roleplaying any other interaction. It's really not comparable to anything else, I agree.

@neeti Most early RPers came to it from miniatures wargames and the role-playing aspect was … muted. There was lip service given to speaking in character, but otherwise it was cold, calculated, number crunching without regard for personality or character style.

I came into it, however, from a background of the type of student who was in the band, did theatre, etc. and for me it was always about the personality and character style. Tactical only if, you know, the character was such.