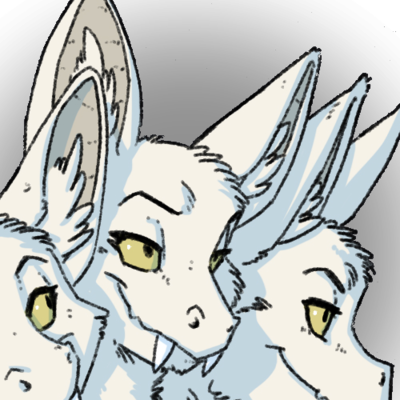 I'm Terrana, and while I'm usually more active on sleeping.town, I hopped over here to see if I can find the tabletop RPG group I've been lacking for the last decade.

I'm a vaguely furry-adjacent dragonish sort, with a love of intricate systems, many things SF/F, and overthinking *everything*.

I spent days trying to leave the swamp, moved to the swamp of 1302, then more days trying to find the way out into the forest of 1202, until on day 11 a spectre appeared, turned me into smoke and took me to the astral plane, never to be seen again. #BarbarianPrince
I guess I returned the Amber and took my rightful place in the only true city.
Or maybe not.

This is the content I'm here for.
---
RT @Nandi_Bushell
My dream is to one day jam with Dave Grohl, @taylorhawkins and all the @foofighters! Mr Grohl I would love to have a drum battle with you! I LOVE Everlong it’s really hard to play as it’s so fast but so much FUN! #foofighters
https://twitter.com/Nandi_Bushell/status/1295419281073672195

i'm retiring an older collaborative project that never quite got off the ground... BUT in doing so we're releasing the tiles we drew for it into the creative commons. 281 free, hand-drawn isometric tiles, to use in your projects:

@kensanata @Provinto Exactly, I get into that on my web page that I linked to.

We’re both clear on that “wherever you go, what you find is random” is wrong.

We want the character to have agency to operate in a “hard landscape”.

I’ve been using the QQ heavily the last few sessions and they’ve had a lot of options. Options → actual choice → agency.

It’s to the point that I want to elevate the QQ ­— the two-tiered rumour list — to a third, uh, “core datastructure” along with the main two data structures of OSR. The map (lets you explore space) and the encounter table (lets you explore time). (I have also been using the socialite challenges from Silent Legions as secondary discovery vector too, so I guess the rumor list is number 4, not 3, in my game.) Now with the two-tiered rumor/lore list they can also explore information itself.

The process of prep is also less of an uphill because it’s structured now: the DM’s job is to read modules and place lore tidbits & rumors from them on the QQ.

Also usually when adding a new structure to the game, it makes the game more complex which is bad. But in this case it allows me to significantly simplify both the pre-sesh-zero prep work, my prep process in general, and I need to have way less stuff on the, uh, “event list”—I’ve been using random chance of stuff like a skyfortress appearing or the dam upstream from Carrowmore breaking etc. Now those events can happen as part of being rolled on the QQ. Of course everyone’s talking about the bursting flood in Carrowmore now, it just happened! 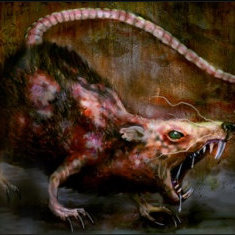 So in your game, bringing the "bad guy" to the authorities might be totally moot. Are the PCs prepared to dispense justice and deal with the consequences?

Ibid.: " For most of Republican history there was no formal law criminalising homicide: the Roman government was so deliberately decentralised that it did not see itself as a state which was harmed by private homicide. The murder of a private person did not affect the various magistrates’ power, and therefore the state need not interfere."

A reddit thread on how to come up with ideas for adventure ideas for #traveller
https://www.reddit.com/r/traveller/comments/iqd4au/new_gm_referee/
That's one reason I'm glad to have the procedures from Classic Traveller and Cepheus Engine (and Cepheus Light). Something easy to fall back on to help with improv/running the game.

I'm a 36 year old #GURPS enthusiast. Loved the ruleset since I was a young kid. Played a bit here and there but haven't been able to keep up a group until about 2 months ago with the help of good friends and the magic of virtual table tops :)

Currently running a homebrew Shadowrun game with the help of GURPS Ultra-Tech and Magic. It's working well so far :)

I'm very happy to find a Mastodon community that shares a similar interest. See you around the fediverse!

Ah, found it in a folder on the tablet. Forgot to copy it to the laptop. Soon, I’ll declare pdf bankruptcy.

Pulled out a copy of Barbarian Prince. Started in that little town north of the river at 1501 – tried to cross the river but got lost in the swamp of 1401 so managed to cross it but couldn’t enter it; next day I enter the swamp successfully but encounter a troll. Foolishly I try to fight, got beat up but managed to escape with half my endurance gone. I’m lost in this swamp and I have 68 days to go.
#BarbarianPrince

This morning I idly wondered: did the UVG PDF get delivered? I can’t find it and yet I have the book. I looked around but can’t find an announcement or email with a link nor does my DriveThru account have a coupon. Do you know?

I’m about to rewrite/reorganize Oh, Injury! and that got me thinking about the kinda unrelated “wound threshold” rules that we have never really managed to get to sing in actual play.

So I want to do one of two things. Either scrap that rule completely; our rulebase is already complicated enough. Or integrate it entirely into the system. Your hp pool would be split into two. When the first pool is empty (and yes, the costs do “trample over”) you get a lingering injury but you don’t fall unconscious. When the second pool is empty you fall unconscious. Taking a lingering injury would be the way to “unlock” that second, innermost reservoire of HP.

PHB p197 suggest “half HP” as a threshold for being physically hurt, a holdover from 4e.

I really made a big mistake introducing the “settable wound tresholds” just before coming up with the system that’s actually good, “Oh, Injury”. Thoughts?

Sometimes I hate how spam has turned the hiding of email addresses into an expectation.

I wonder what happened to Froth… No updates since April? Is there an explanation in the podcast? Sooo many podcasts, I just don't have the time… https://frothsofdnd.blogspot.com/

Highlights from Herodotus' Histories
https://throneofsalt.blogspot.com/2020/09/highlights-from-herodotus-histories.html
Everything is sooo good.

If anybody from Boardgames Social is looking at our public timeline and wondering about joining: I for one would be happy to have you here on Tabletop Social! We can always use more people. 😄
And when you're here, perhaps you can tell which worlds you liked playing in Friedemann Friese's 504, because I'm still confused and feel like we're playing 123 every year.
https://504.2f-spiele.de/

Interesting blog post on how Classic Traveller offers "guidelines for the minimal set of mechanics you’d need … to give players the ability to run free-form games in the same spirit." Reassured to see I squeezed them all into QZ (and maybe even 2400). https://hotline.roshirai.com/classic-traveller-as-a-template-for-rpg-toolkits

As for dice rolling, we could all join a dice room on rolz, “special chat rooms designed to facilitate pen&paper roleplaying online, in groups - here you can have joined sessions with other players.”
https://rolz.org/