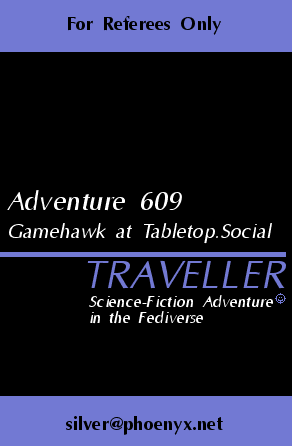 Ran a PBeM site from the dial-up BBS to the majordomo mailing list years. Someday I'll fire it up again. Someday.

I've never been quite happy about matching the meat dice up with Cthulhu; Lovecraftian horror isn't about gore. So I thought outside the box (the Red Box?) and realized I already had a design I'd gotten for family gifts that might work.

(Actually setting these up is a lot easier than Etsy, once I figured out the bugs in duplication.)

I'm kinda tempted to do one on green vinyl with white thread though.

mastodon.art has a rule about no more than four public-timeline posts in a cluster. It's a good rule. 😉

(Trying to decide if the purple galaxy D20 is defective enough to justify keeping it; there's a little blorp of miscolored acrylic on the 17 face if you look closely.)

First batch of sample dice came in and help I want to keep them all.

Carl read that the first two scenarios in Gloomhaven were very tough, so since we're still learning we decided to play it at Level 0 instead of level 1, and it was still a TPK. And took over three hours (not counting setup). I'm not sure if we're doing something wrong (I just watched a good chunk of a let's-play and apparently not) or just playing too conservatively in the early game.

Gonna set up some of the electronic tools that help streamline/track things.

See you in a few years.

Just wasn't happy with the treat-box-based advent calendar so I busted out the poor neglected Cameo and made a sleek little box that fits in a small Priority Mail box for shipping. Plushie dragons approve.

A total of thirty-eight dice and four li'l dice bags in 24 little treat boxes. A few little embroidered (OF COURSE) surprises in there too, though I'll take a picture of all the contents for them as don't mind spoiling the surprise (like if you're buying it for someone else).

I ordered some extra so I'll probably pack up the rest and put them in my Etsy shop (silverseams.etsy.com) this week.

USPS has the dice!

The first set of dice for the kid's Advent calendar has arrived and now I want to use them for all my valet-tray product shoots.

Decide to try the tracking number at Newgistics directly (it's USPS last mile) and the delivery estimate there is the 19th-21st. Not sure whether that's when they expect to deliver it to USPS (after which it goes Priority, I think) or when it's supposed to arrive here, but certainly that should be in plenty of time.

Starting to be a little skeptical of the tracking here.

Ran a PBeM site from the dial-up BBS to the majordomo mailing list years. Someday I'll fire it up again. Someday.