Hi! This is my alt account for gameposting. If I don't know you from anywhere else, I'll reject your request. Toots will be mostly in Portuguese. If anyone's interested, I post about Pokémon specifically at @A in English.

Hi, I'm Az, Ace or any other name you already know me by.

This account was made so I can have a separate account for gameing, media discussion and stream announcements.

As I said on my profile, most posts will be in Portuguese, but if you are interested regardless, feel free to follow ^^

i'm watching a 'kingdom heats out of context' video and the problem is that context doesn't help. context will not save anyone. it's just like that constantly

"They are a transphobic company content to lean on inclusivity as a promotional tool at the expense of trans people. Consistently treating us with ridicule and afterthought while claiming the opposite. They are happy to foster a toxic work environment grinding their workers to the bone. They are happy to lean into the chud fanbase they know they've garnered over the years."
https://www.resetera.com/threads/cdpr-is-a-transphobic-company-its-time-we-stop-making-excuses-for-them.307474/ 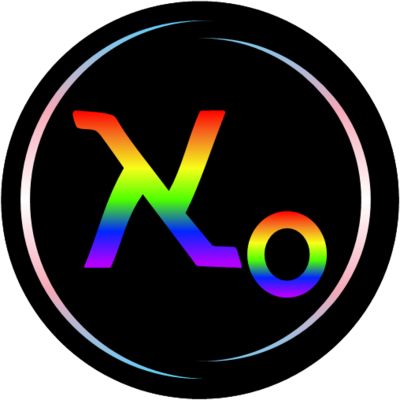 y'all NiGHTS is free on steam
https://www.sega60th.com/

"I cant believe this game was basically made by a single person. It has astonishing graphic art, soundtrack, story and writing. This game is a p&c adventure masterpiece in my opinion." --Moonshader
Itch: https://silverspook.itch.io/neofeud
Steam: https://store.steampowered.com/app/673850/Neofeud/ 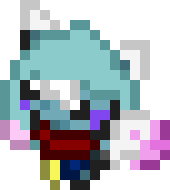 a bit lengthy rant about nintendo

i've had to rewrite this a couple times by now, but like...

nintendo is sitting on a horde of legacy content, scoffing at our wants and needs for the most basic of franchises on the damn switch. "oh, what's that, you wanted n64 games? how about...one! one n64 game! the arguably inferior version of it too!"

"oh what's that? you wanted super mario sunshine? how about a version that we didn't even fucking emulate properly and slapped horrendously awful controls onto? no silly, you can't use a real gamecube controller!"

"oh, super mario galaxy? sure! what's this 'super mario galaxy 2' you speak of? also, no accessibility options for the controls, go fuck yourself. what, does this look easy, it's emula---i mean, half emulated? still, it takes effort!"

it drives me up the fucking wall how hideously awful nintendo is at doing this shit. and this ain't the first time they've pulled this stunt too, look at the wii u. sure, the console flopped, but they added the ability to buy wii games from the eshop. and as modders have demonstrated, using that very code you are also able to play gamecube games on the wii u, with them being stored in the wii u's super special proprietary format, thus meaning there's no jank work around using a USB drive, it just works.

guess what nintendo didn't do? offer gamecube games via virtual console. despite. it. being. right. fucking. there.

and the worst part is, they make really fantastic games! they create ground-breaking experiences constantly and consistently, so it's not like you can opt-out of dealing with this shit if you want to play their games! unless you emulate them on a PC, of course, but why should i have to do that to play nintendo's own god damn games?

i think this is particularly why i'm fascinated with the xbox as of late, and why i'm most definitely getting a series x, microsoft's dedication to backwards compatibility is astounding. and because of that backwards compatibility, i'll finally get to check out games i've missed out on the last couple generations, which is great since i have missed out on a fuckton due to sticking to exclusively nintendo platforms for the most part

just, fuck man, i thought nintendo was turning over a new leaf with the switch. and...i guess i was right, but it wasn't the new leaf i was hoping for. they just became scummier and scummier over the years. need i mention the fact that joy-con drift is a serious issue? and that the only problem with it to them is that people are suing them over it?

Hi! This is my alt account for gameposting. If I don't know you from anywhere else, I'll reject your request. Toots will be mostly in Portuguese. If anyone's interested, I post about Pokémon specifically at @A in English.