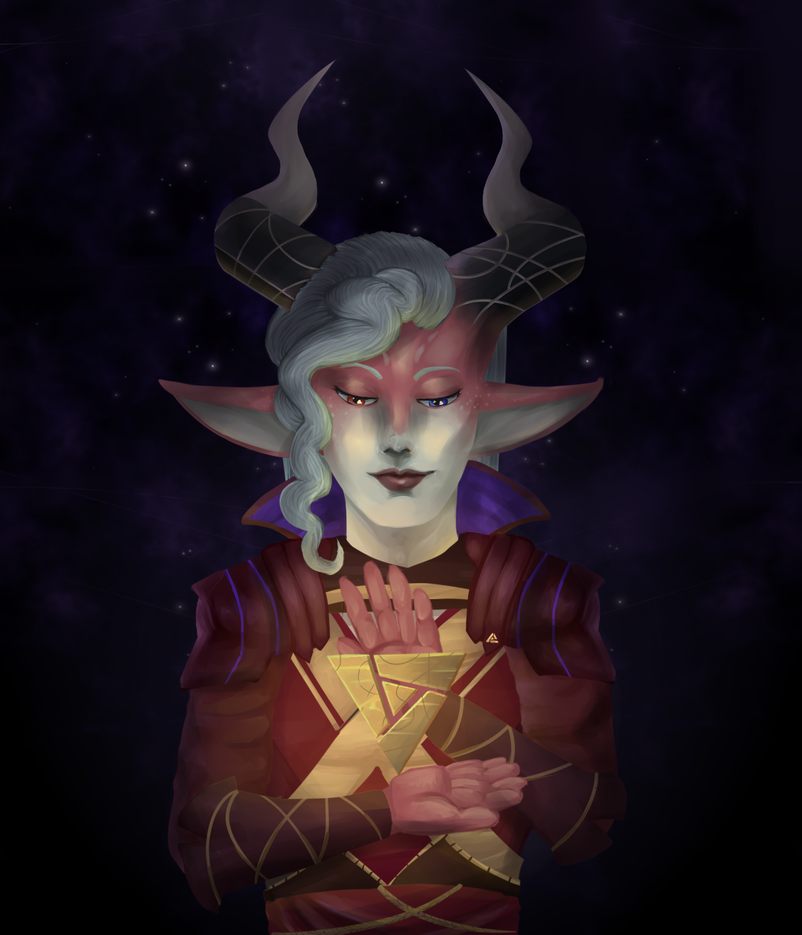 Also uhhhh Self promotion but here's my commission post

Job applications where you just fill in your info are one thing but cold opening an adult email is my worst nightmare basically! I've always struggled with feeling presumptuous telling people I'm Good At Things at this is just the next step up

Finally got a portfollio together to see if I can try freelancing for art in TTRPG books and the like, now come the much harder part of getting the courage to submit it

Finally got around to starting the new campaign yesterday, Most of it was a "get to meet the party in a carnival setting" which they liked, and then after a timer the world sort of broke, so now their city is a floating island in a weird glowing yellow void.

Thing is, it's actually sort of true, bc the setting is a westmarches inside the stomach of a huge eldritch god lmao

Also I've been playing (highly modded) recently and It made me think of how much I love settings built on ancient advanced civilizations... so now I have a setting with it's core inspirations being morrowind and pathologic

Just discovered Kenshi and I can't afford but but I think in theory it's my perfect game?

Finished the (players) writeup for NPCs in town, now all that's left is writing up the first session and some other locations...
https://docs.google.com/document/d/10GlG3h0LXLS0PmptUE--dTQFfDBG4rJQrdyN_FDO5h4/edit?usp=sharing

Oh yeah, the setting I was making all those NPCs for a while ago: I finished the basic write-up for the village the campaign will be taking place in if anyone wants to take a look!

I'm writing up all the actual NPC info in a seperate document per player request... but I can't help feel that this document is missing... some sort of important info... can't pinpoint what though

Yo.. just saw an ad for n audioobook described as a 'LitRPG'... is that what theyre calling chose your own adventure books these days, because if so.. neat

Binged TAZ and caught up to the ending

I like d it I suppose, but I think I echo a lot of the criticism of it feeling really railroaded/scripted

after much discussion with my players about the game I was gonna be running next we finally settled on.... dnd, again. Its mostly my fault for building the world to fit into pre-existing dnd notions so well and I dont know that I understand gurps well enough to teach it 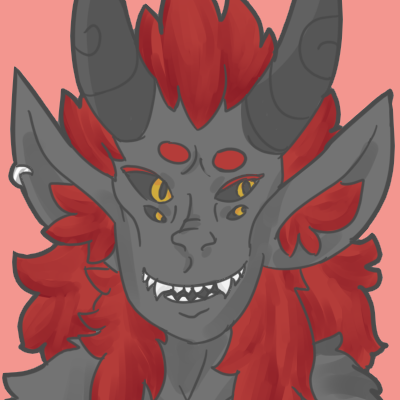 a map, a labeled map, and a spoiler map for whats going to happen probably session one >:3c

(opens a patreon that says I will DM games for supporters, but actually its just a ploy for me to run more games,)

Now I dont Know a Whole Lot about Game Design, but this will be fun to mess with at the very least.

Thinking of doing spell lists by power source- brieif look would mean that arcane users would have the most powerful spells, but I think maybe making it a risk/reward thing is in order?

Primal magic users may not have access to stuff like teleportation, but they also dont have to worry about tearing apart the fabric of reality

Always felt like magic is something that should have more range to it than "can and can't do it" so... eh? Liked the way 4e dnd did power sources, too, though I don't think I want to touch psionics

Finished this up, it's my groups DnD PCs, and a bunch of their favorite and/or important NPCs

actually come to think of it, I gonna go hunting for a ttrpg that has like... the huge amount of character options that pathfinder does, but has just ... Less Numbers in it since that is what seems to trip my group up the most.

god i did not intend to spend as much time on this as I did but they are... my Boys #mastoart