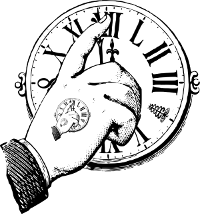 I have a store \o/
https://www.drivethrurpg.com/browse/pub/13618/SpaceTime-Will-Tell?term=space-time&test_epoch=0

State of the web

You may have heard that #Microsoft is officially switching to a #browser based on #Google's #Chromium.

This means that, within a few months, for most users, Google will be in a position where they can decide what you can see on the web, how you can pay, and on which devices. Also, they already know who you are.

#Firefox is now the last browser standing attempting to prevent this #monopoly. Please try it. Please help your friends and family and coworkers try it.

By the way, always #lookingforplayers in or around #Paris, #France :)

Will role-play/GM in French or English.

Time for an #introduction. Hi, I'm a guy/he from France. As a hobby, I'm
a Role-player (mostly GM), Storyteller, Improv actor. Also, GM-ing for children.

I'm quite on the narrative side.

Well, the other shoe isn't quite dropping yet, but we now know the size of that shoe and it's pretty large.

systems of oppression (racism, ableism, misogyny, homophobia..) existed well before capitalism even though it's intrinsically linked to them tearing down capitalism doesn't guarantee oppression will go away and yes it's your fucking reasonability to commit to reassuring oppressed people will stop being treated like shit under your cool system

This might be the darkest shit I’ve ever posted on here, first hand or second.

It also pretty much encapsulates how I feel about the coming reopening.

And the choice of symbol is especially resonant, given my wife (correctly) banned me from buying Sharpies years ago until I finish off the ones I’ve still got. https://t.co/s3mNAksTwe

Imagine a world where getting your eyebrows shaved off and this tattooed in their place gives you permanent night vision.
By Sbrools - Own work, CC BY-SA 3.0, https://commons.wikimedia.org/w/index.php?curid=2066892

One of my college friends is trying to start a bakery business in the PNW. Help a girl out and support a new Black-owned business, if you can.

Well, I ran my improvised dungeon.

This lasted something like 10h with 4 players (one explorer, one tinkerer, one amnesiac tank, one generalist) across two sessions and it went pretty well! They all told me that they enjoyed the dungeon a lot and the characters never want to return to this place ever again, which is kinda consistent with it being called the Pit of Despair :)

Mmmmh... I think we haven't quite done enough for this campaign.

It rolls dice, it draws tarot-style cards and it generate NPC names. It's also a bit ugly 🤷

Finished by second playtest for Unexplored, my game about exploration and conflict about a group of people who go through ruins trying to find treasure (it's somewhat inspired by the video game series Uncharted):
http://hardcorenarrativist.org/items/unexplored

This time it was a historian ("The first-timer") that wanted to find an Elf prince ring, and convinces a hunter ("The desperate") to go with him. It ended up well, and it was fun.

It's more focused on the world-building than I thought, but it's fun to play.

#showerthought : what if the map of our current campaign was just one level of an enormous #megadungeon ...

In the 17th century, Earth was saved. People call it divine intervention. A war was won against invasion from an otherworldly army.

The downtrodden will rise: the Army of Rats, the Rose Orchard Preachers, the Toiling Volcano, the War Sisters...

What do you think of that pitch?
It's a home campaign. Should we publish it as a full RPG?

I think I _might_ be slightly overdoing it with teaser material/game aids for my upcoming campaign :)

Well, me and my co-GMs have started sending out the teasers for the upcoming campaign...

Let's see how the players react.

Does anyone have experience on improvising dungeons?

I'll be running a (largely narrative) campaign soon and it's likely that a dungeon will be involved at some point.

I feel comfortable about all the colonialism, politicking, backstabbing and losing illusions this campaigns revolves around, but I have never been into dungeoneering, so I'm a bit lost there.

I think I might be writing just a little too much documentation for my players...
I have reached 4 pages of this (fake) colonialist/fundamentalist/petit bourgeois travel guide. But it's so much fun to write :)

"Cyberpunk was a warning, not an aspiration."
-Mike Pondsmith

Ok, I'm writing (in French) a character background involving a hermaphrodite NPC and I realize that I do not have the grammatical tools to write some of my sentences in non-gendered form...

I felt ruined for making games by the pandemic and stress of the world. But now I've made this. It feels different to me. Social deduction storytelling about how we choose to live with each other.

I'm really excited about it. Let me know what you think.

DriveThruRPG/OneBookshelf is preparing a covid bundle with proceedings going to Doctors Without Borders, the World Food Program and No Kid Hungry.

If you publish on DriveThruRPG/OneBookshelf, please consider temporarily donating some of your creations to this bundle!

I have a store \o/
https://www.drivethrurpg.com/browse/pub/13618/SpaceTime-Will-Tell?term=space-time&test_epoch=0