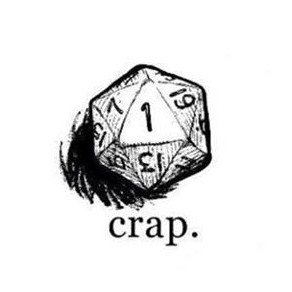 Almost had our first two character deaths of the campaign last night. One PC, already weakened by poison, was reduced to 0HP by a creature’s ragged, mold-caked claws but received first aid in time and stabilized; a second was stabbed in the stomach by an insane fellow PC who was in a state where he couldn’t tell friend from foe. The only thing that saved him was 1D3 of damage reducing armor.